Slurry acidification at Lauku Agro has begun – science is up next

Slurry acidification has officially begun at Lauku Agro farm in Latvia. The milestone was marked by an inauguration event where stakeholders and other interested parties gathered to see the recently acquired slurry acidification equipment. 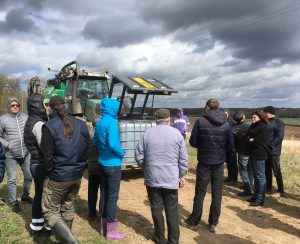 Slurry Acidification Techniques (SATs) can be divided to in-house, in-storage and in-field techniques. As a part of the investment plan of the Baltic Slurry Acidification project, Latvian project partner, Lauku Agro, acquired the in-field technique. The equipment was tested at the Lauku Agro farm before ploughing in early autumn of last year and can now be fully utilized in the farm.

According to the report Feasibility studies for pilot installations conducted by the project, 25 000 cubic metres of pig slurry and digestate will be acidified annually in-field at Lauku Agro farm and applied to winter wheat, winter rape, rye, and maize. The measures are expected to reduce the need for mineral fertilizers by 46 tons and Lauku Agro could potentially save up to 30 000€ in fertilizer cost annually. Ammonia emissions that occur in the field are estimated to be reduced by 20 percent. The project partners are now working on field tests, measuring ammonia emissions and analysing results to find out whether everything in fact pans out as expected. Collecting and communicating the results is crucial in spreading awareness and reaching new members of the target groups.

New faces at the inauguration

Some interest in the project could be sensed as some new faces from the Latvian farmer community showed up at the inauguration event, held at the Lauku Agro farm located in Īle, southwestern Latvia, an hour and a half from Riga. Other participants represented Latvia University of Agriculture, the Ministry of Agriculture, the Ministry of Environment, the Farmer’s Parliament, the Latvian Rural Advisory and Training Centre, and Lauku Agro Ltd. 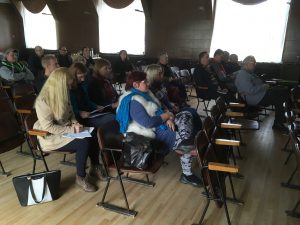 The program consisted of a presentation about measuring ammonia emissions and conversations concerning all three types of SAT, the project itself, and results from other partners. According to Jānis Kažotnieks, leader of project Work Package 3 Pilot Installations and demonstrations, those present shared a concern for the environmental situation in the Baltic Sea Region and agreed that there certainly is room for improvement. Finally, the slurry acidification machinery was showcased, but due to heavy rainfall the day and night before, the fields were very muddy causing the crowd to miss out on seeing the equipment in action.

The work with the field tests and measuring the ammonia emissions continues at Lauku Agro. Later in the summer stakeholders will be invited to participate in a field day.

Please consult the Feasibility studies for pilot installations for a more detailed description of the investment made by Lauku Agro.