At the end of September, the Baltic Slurry Acidification partners gathered in Kiel in northern Germany for the second to last meeting before the conclusion of the project.

Since the project is coming to an end in February next year, the agenda was packed with issues ranging from the field trials carried out in the different countries, to economic analysis, and the assessment of the policy environments in the different countries. The policy recommendations being developed at the moment were also discussed. One of the aims of the three-day meeting was to ensure that the project is on course and that the remaining time will be smooth sailing. 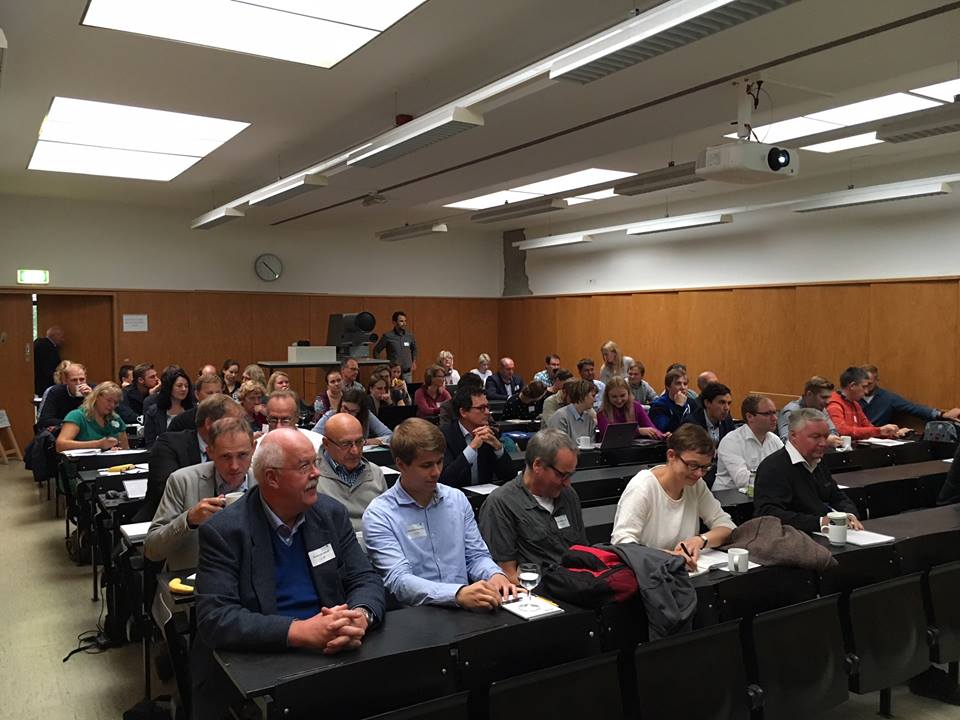 The project meeting ended with a dissemination event at the University of Kiel to which stakeholders, including farmers, policymakers and scientists were invited. During the first part of the Stakeholder Day the participants got an introduction to slurry acidification, the project activities, some of the results obtained so far and policy recommendations.

Guest speakers also contributed with new insights. Ines Bull, from the Institute of Crop Production and Agricultural Economics, provided insight into slurry acidification activities in the state of Mecklenburg Vorpommern. Henning Schuch from the Chamber of Agriculture in Schleswig-Holstein spoke about the positioning and activities of the Chamber of Agriculture with regards to abating ammonia emissions in agriculture. Uwe Latacz-Lohmann from the Department of Agricultural Economics at the University of Kiel gave a presentation about the potential for voluntary adoption of SATs. The presentation was based on a master’s thesis by Insa Thiermann, in which she assessed the factors affecting adoption of in-field SATs by livestock farmers.

All the presentations given during the Stakeholder Day are available here.

Afternoon excursion to Lindhof experimental farm
After the presentations at the university the participants were taken to Lindhof experimental farm, where the afternoon was spent learning about organic farming and experiments carried out at the experimental farm. The farm is owned by the University of Kiel and it has been a site for research since 1997. The farm manages over 180 hectares of land on the shore of the Baltic Sea. The ten employees of the farm grow winter wheat, spring barley, potatoes, oats and lupine. A two-hectare field is dedicated to experiments on maize, beans and fodder grass. 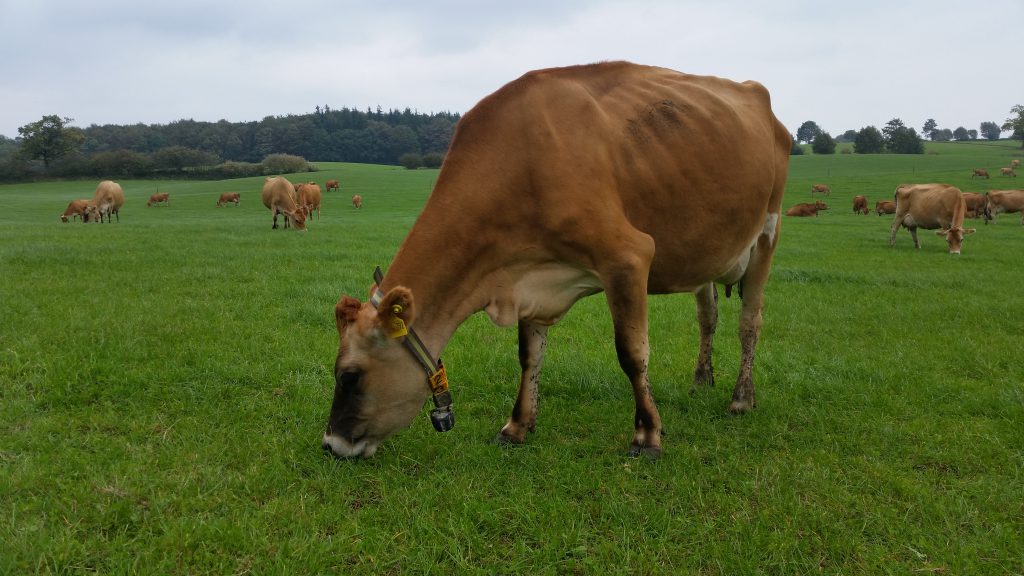 The largest area, about 55 hectares, is pasture, where 170 cows roam around. 95 of those are milking cows and the main direction of the economy is dairy farming. Over the course of one year, one cow produces about ten thousand litres of milk. In addition to the cattle, there are 100 fattening pigs and about 100 hens, whose eggs are sold at the farm. 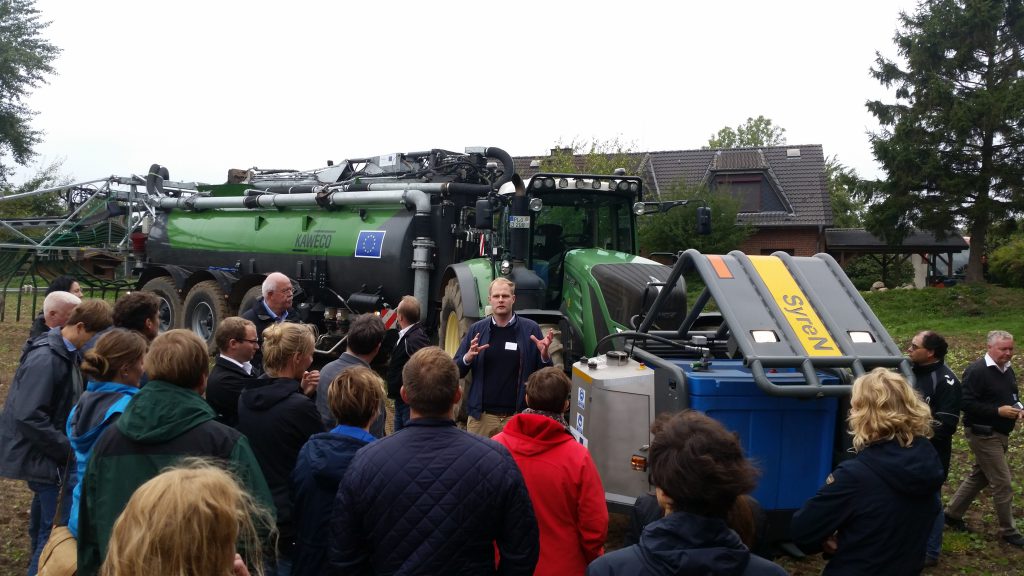 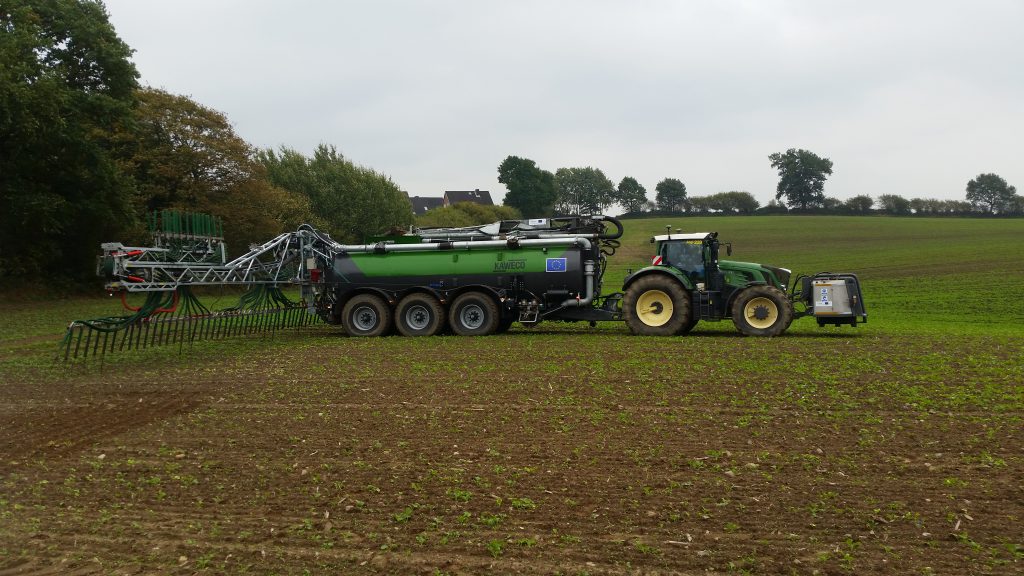